January 20, 2021 – It is with heavy hearts that we recognize the passing of Dr. John W. Neuberger. Beyond his astounding contributions to mathematics as a researcher and educator, John played a monumental role in the Data Vortex narrative. As a young PhD graduate, Coke Reed was given the opportunity to assume postdoctoral studies under John at Emory University in Atlanta. Coke and John had both received their doctorates from Dr. Hubert Stanley Wall at the University of Texas. Under John’s direction in the late 1960s, Coke and fellow Post-doc Gordon Johnson  studied Qualitative Theory of Differential Equations (1960) by V. V. Nemytskii and V. V. Stepanov. As Coke explains it:

“The solution S of an ordinary differential equation gives the position S(t,p) of a particle located at point p at time 0. S is referred to as a flow or dynamical system. A major work in the theory is due to the Russian mathematicians Nemytskii and Stepanov. Part One of the book is based on a seminar they founded at Moscow University in 1935 – 1936. Part Two of the book abstracts the study of dynamical systems by studying flows without consideration of generating differential equations. To put this in perspective,1936 was the year Stanislaw Ulam raised problem 110 of The Scottish Book. In 1966 – 1967, John Neuberger chaired a seminar that originally studied the results of part Two of the book. I further abstracted the concept of dynamical systems to study the flow of information rather than the flow of particles. Kristina Kupperberg and I solved problem 110 and this inspired me to invent the original Data Vortex, which has been generalized over the years into the network solution you are familiar with today.”

John held numerous positions within academia and the United States intelligence community and brought Coke into the Institute for Defense Analyses during the Cold War. He was recognized for his patriotic contributions to national defense and security.

An early significant investor in Interactic Holdings himself, John taught and worked alongside many brilliant minds who have contributed to the Data Vortex effort. Data Vortex investors and collaborators Gordon Johnson (University of Tennessee – Knoxville, 1964), Muril Robertson (Emory University, 1971), and J.P. Holmes (Emory University, 1971) all received their PhDs under John. In September 2018, Harry Lucas and Coke Reed dedicated the executive conference room at the RLM House in his honor.

Much of the company’s direction over the past decade was heavily influenced by John. He introduced us to the wonderfully bright Santiago Betelu at the University of North Texas, who has been the Director of Scientific Research at Data Vortex since 2015.  John’s German-based colleague Prof. Dr. Wolfgang Shleich (the University of Ulm) led and published significant quantum research run on HYPATIA, our DV206 validation system in Neenah, Wisconsin. And Kim Bates, Gordon Johnson’s daughter, has been with the company as Chief Strategy Officer since 2019.

John is sorely missed by members of the Data Vortex team, our investors, and the greater mathematics community at large. His beautiful world view and charming personality touched many, and we are all honored to have been his friends. John is survived by his loving wife Barbara Neuberger, his son Dr. John M. Neuberger, and his daughter Sandra Blackwell, all investors in Data Vortex.

“I will always hold John in the highest regard – not only as an esteemed mathematician, but as one of my closest friends.” – Coke Reed 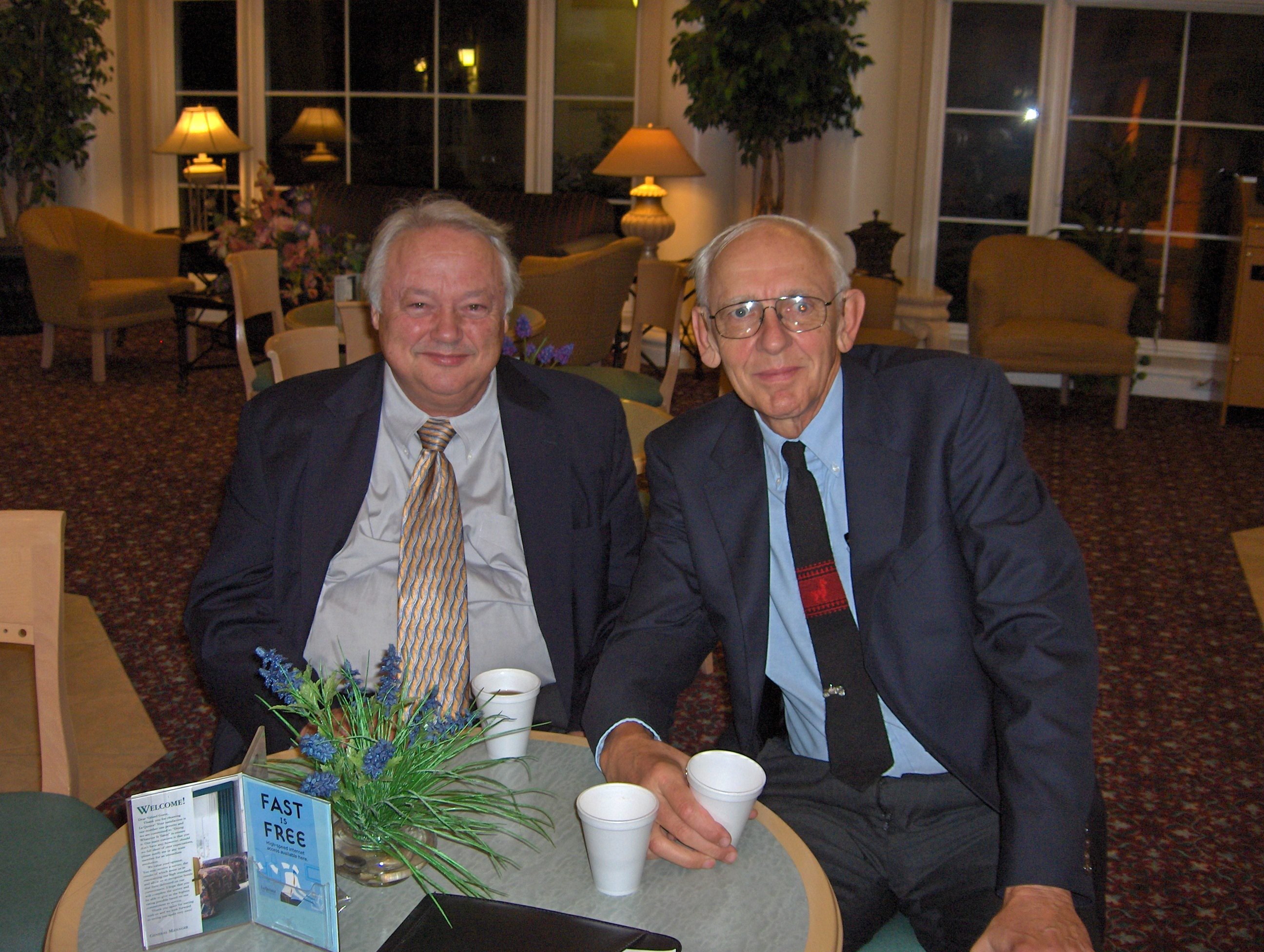 I first met John in person at a meeting in Oklahoma State University. When one of the organizers of that meeting introduced me to John I could not believe how kind he could be to a recent Ph.D. considering his mathematical stature. Right after his talk I asked him about connections of his work with symmetric positive systems that I was studying at that time. His encouraging reply was a big boost for my beginning career as an independent researcher. At that time, I was working in Mexico which made it convenient for John to visit me. Actually, he was invited to Mexico by universities other than mine which allowed me to interact with John on several occasions. In one of those occasions my boss, Samuel Gitler, invited John, I and the corresponding wives for dinner to a very fancy restaurant in the Zona Rosa. It only took a quick exchange of platitudes for the conversation to turn into a dialog between John and Samuel because John knew quite a bit about a family of polynomials that show up in cohomology theory which was Sam’s specialty. After dinner we walked around the Zona Rosa while their mathematical conversation went on and on.

On another occasion, while John was visiting Mexico invited by a university other than mine and accompanied by his wife Barbara and his daughter Sandra, I invited them to go to Puebla. An archeological feature of the Puebla area is the Cholula pyramid. This pyramid is so large that Spaniards preferred to cover it with dirt to make it look like a mountain rather than destroying it. The pyramid was eventually discovered and a tunnel was built to allow people to see the different stages of construction of the pyramid. The tunnel is about five feet tall and rather narrow. When we arrived at the pyramid, I proceeded to get into the tunnel followed by Barbara, Sandra, Miryam (my wife), others and John. I felt very bad to have suggested that part of the excursion when I exited the tunnel and saw John coming last almost crawling. His height not always worked in his favor but he was a truly good-sport.

My time at UNT was made many times more pleasant and productive because of John’s presence. He really knew the meaning of mentor and colleague. By the time I arrived at UNT John had developed a large group of graduate students interested in the general area of Analysis and Partial Differential Equations.

Immediately John found a way for me to start a seminar that included graduate students McCabe, Dawson, Lee, Kurepa and Unsurangsie. The first three students completed their doctoral dissertations with John and the last two with me. From that point on there was a constant stream of well qualified students that have gone on to pursue successful careers. John’s contagious energy and optimism made every event so much more exciting. Two consecutive grants from the Texas Advanced Research Program, new results, papers published, etc., every day John renewed the energy of the least optimistic in the group.

My last in person reunion with John was in November of 2017 when Miryam and I visited the Neuberger’s in their retirement place. By that time John’s physical health had deteriorated quite a bit but his mind was sharp as a tack. The three days we spent together our conversation was 99% devoted to understanding the connection between his amazing characterization of local semigroups in his paper “A linear condition determining local or global existence for nonlinear problems” (2013) with blow up phenomena. John’s approach to determining when a local flow is global is by appealing to the linear semigroup defined in the phase space in the spirit of Lie group theory. His approach, for example, addresses precisely The Clay Institute Millennium Problem on the Navier-Stokes equation. It is too bad that life did not give us John for a few more years for maybe we would be celebrating the solution to one of the main questions in mathematics.